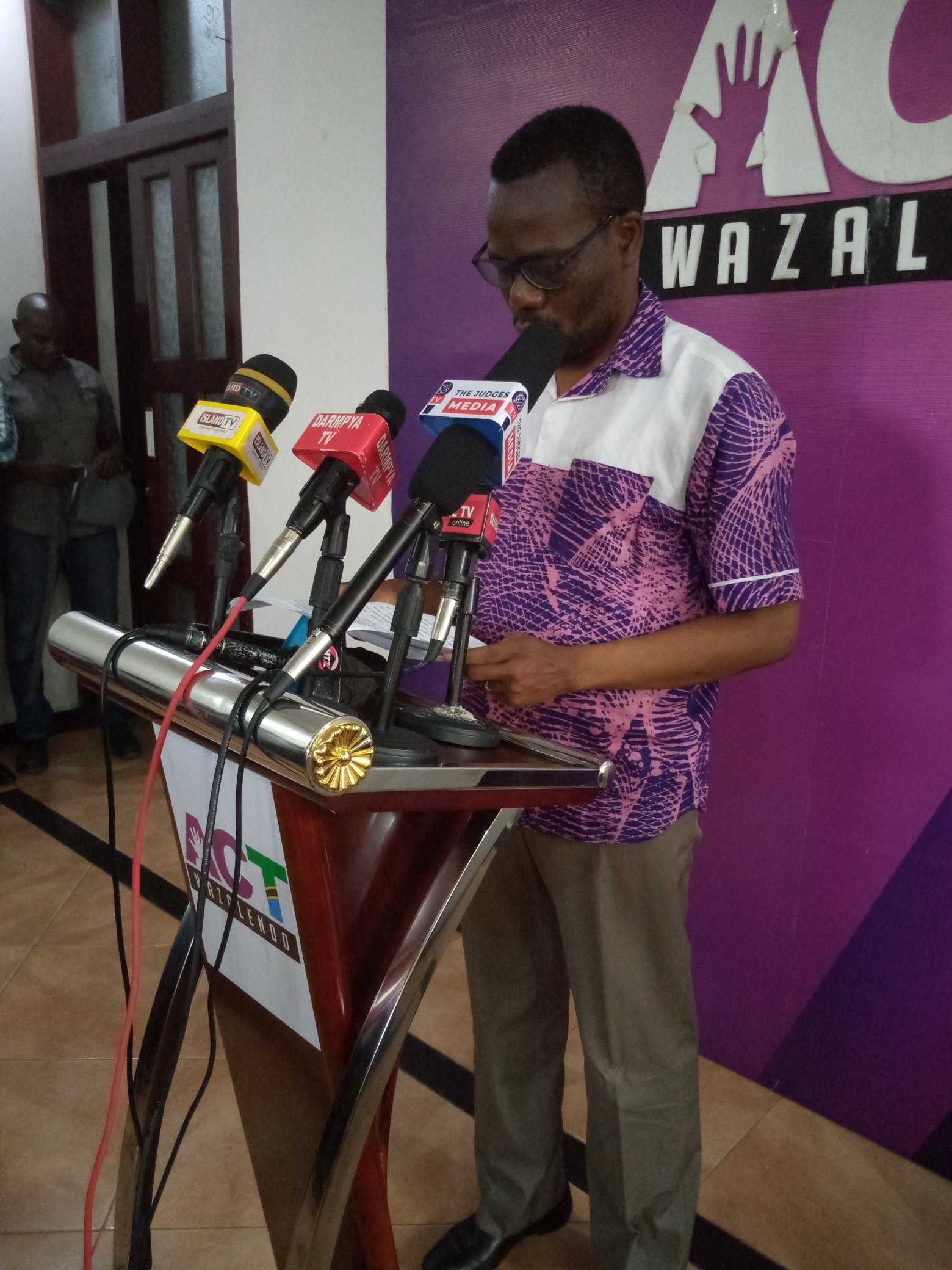 12 days have passed since the General Election on 28 October 2020 when the Tanzanian people were denied the opportunity to elect the leaders they want. These 12 days have seen assassinations, abductions, arrests, torture and sexual assault all kicked off by vote rigging to frustrate the democratic will of the people. It has been 12 days that has seen the complete erosion of the United Republic of Tanzania’s democracy.

We have been able to gather information and evidence of various atrocities committed by the State and its organs. Going forward, we will issue a series of briefings to inform on developments and the steps we will be taking to fight for our democracy.

13 civilians have been shot dead in various parts of Zanzibar. Of those killed, 1 was a woman and 12 were men. 4 of those killed were youths under the age of 20. The youngest of those killed was a 16-year-old boy, Masoud Salim Fadhi, who was shot in the stomach at his home in Mafya, Wingwi, Pemba. The lives of these 13 people will not be lost in vain. We will ensure that an investigation into their deaths is carried out and that all those involved are held accountable.

One of the injured is our Central Committee member, Ismail Jussa Ladhu, who was badly beaten while in custody. He suffered a broken leg and shoulder, and yesterday underwent major surgery in Nairobi to repair 9 badly broken parts in his shoulder.

One of the oldest citizens injured is Saada Ali Hassan, 75 years old and a widow from Garagara, Unguja. Soldiers dropped a bomb on her bedroom which burned her badly. She has serious facial and head injuries.

More violence was inflicted on women. The ACT Wazalendo Vice Chairperson of the National Youth, Khadija Anuar, was arrested in Pemba on October 27, severely beaten, and then released. She was arrested again on October 29, beaten up and released again. Another victim was Mauwa Moh’d Mussa, the ACT Wazalendo candidate for Shaurimoyo State, who was severely beaten with wires and sticks. She was arrested in Kwamtipura, Unguja. A woman, who I will not name at this time, was raped by the military in Kwamtipura, Unguja.

ACT Wazalendo will mobilise to raise funds from our members to help fund the treatment of those injured. We will also be seeking donations to fund the repairs to damaged property.

199 ACT Wazalendo members have been arrested over the past two weeks and we continue to report to the police. This includes me and Party Chairman Maalim Seif.

Nassor Mazrui has now been detained for 12 days

Among those arrested was ACT Wazalendo Zanzibar Deputy Secretary General, Nassor Ahmed Mazrui. He was abducted in Unguja with 32 fellow members. Police later admitted to arresting him and the members. Most of these members were released on Saturday and were severely beaten with wires and sticks while in custody.

According to witnesses who saw him being abducted outside Mazsons Hotel, Nassor Mazrui was severely beaten and made unconscious. We do not know if he received treatment after the beating. He also underwent surgery several weeks before the election. We do not know if he is being given his medication or not.

The Office of the Commissioner for Criminal Investigation (DCI) has informed us that they are holding Mr. Mazrui, and that they had transported him from Zanzibar to mainland Tanzania. He has not been charged nor had any access to legal representation.

Tomorrow our lawyers will ask the High Court to instruct the Police to bring him to Court, or to release him from detention.

The violence against our members and leaders is still ongoing. Yesterday, Zanzibar Special Forces members stormed the island of Tumbatu and started beating civilians. We have also received information from Pemba that there is a plan by the Armed Forces and National Security to burn several areas to find a reason to continue arresting our leaders.

The Steps Taken by ACT Wazalendo