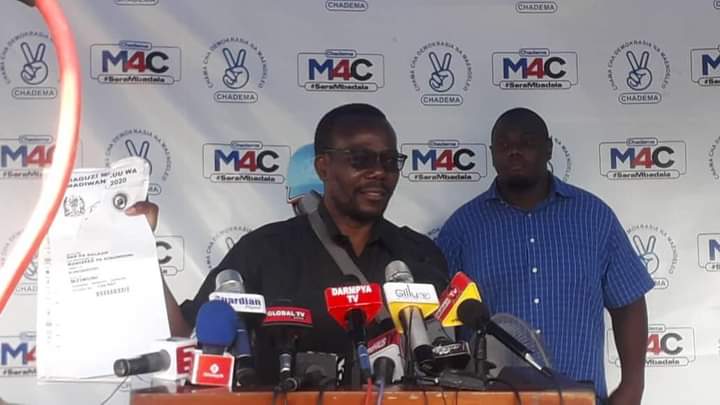 Yesterday, I signed a joint declaration together with ACT Wazalendo Chairman, Seif Sharif Hamad, Chadema Chairperson Freeman Mbowe and Chadema Presidential Candidate, Tundu Lissu. In addition to the condemnation of the violent and murderous acts of the government’s security organs this week, the declaration rejects the results of Wednesday’s unfree and unfair election and calls for fresh elections to be held.

As Tanzanians, we face a choice. A choice between truth and lies, between justice and injustice. The choice is not about the CCM or the opposition. The choice is between democracy and autocracy. The choice is about respecting the democratic will of the people.

From tomorrow, we shall demand fresh elections by taking to the streets. I and fellow leaders of the opposition will lead a peaceful demonstration nationwide to demand our democratic right of our people to elect their leaders freely and fairly.