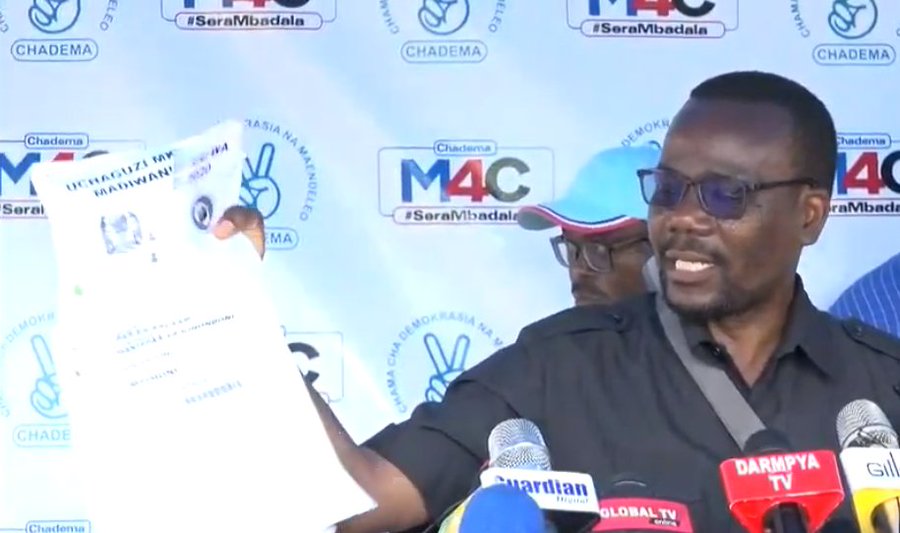 Following a week of violence, murder, internet censorship and the rigging of an election, the illegitimate government of John Magufuli, acting through the Tanzanian Police, has sought to intensify its crack down on opposition parties today.

Ahead of planned protest action this morning by Tanzanian citizens in Dar-es-Salaam, Tanzanian Police unlawfully arrested Chadema Chairperson, Freeman Mbowe, and two other Chadema leaders. They have subsequently been charged with ‘terrorism offences’ which mean that they will not be eligible for bail. We believe that there have been attempts to arrest the two of us.

Today’s events unfold while ACT Wazalendo Deputy Secretary-General (Zanzibar), Nassor Mazrui, remains in police custody together with scores of party members in Zanzibar. This morning, ACT Wazalendo Chairman, Seif Sharif Hamad, together with those arrested last Thursday, reported to the police as agreed in terms of their bail conditions. They have been told to report back later this month and no court proceedings are forthcoming. This underscores the illegitimacy of their arrests.

We will not allow the repressive, illegitimate regime of John Magufuli to deprive us of our right to protest peacefully for the return of democracy to the United Republic of Tanzania. We will not be deterred and will now intensify efforts to demand fresh elections managed by an independent panel of African leaders. We have begun to mobilise for fresh protests to demonstrate visibly that this ‘government’ has not been elected by the majority.

We call on Tanzania’s regional and international partners to condemn the Tanzanian government for its tyrannical behaviour and to urge it to work together with opposition parties and civil society to run a fresh election.
The people’s voice will be heard. We will not relent in our fight to restore democracy in our land.